Gap brand clothing has been linked to the use of toxic chemicals in the manufacture of its clothing lines. This also includes their other lines Banana Republic and Old Navy. An Indonesian supplier PT Gistex has been found to be dumping toxic chemicals directly into the local drinking water supply.

Despite being outed for its association with polluting manufacturers in China and Mexico, Gap Inc. has not signed on to the Detox campaign that Greenpeace has spearheaded. Clothing lines that have joined the Detox campaign are Zara, Uniglo, Levi’s and Mango.

“Investigations into Gap branded clothing also revealed that 78% of the items tested contained traces of nonylphenol ethoxylate – a hazardous chemical that breaks down to form an even more toxic and hormone-disrupting substance when released into rivers, lakes and seas.” Greenpeace

The toxic substance nonylphenol ethoxylate (NPE), found in much of the Gap Inc. clothes is extremely toxic to aquatic life. It is classified as a hormone disruptor, mimicking the female hormone estrogen. It has been found in human milk, blood and urine.

NPEs have had a wide area of uses from cleaners to cosmetics. Because of its effects on wildlife and for the dangers it poses to humans, its use has been banned in the European Union. Canada has brought in new regulations regarding its use and the EPA in the US is ramping up its regs.

I no longer have young children to clothe, but I would be very reluctant to put them into garments that contained chemicals that could mess with their hormones.
gap inc. hormone disruptors toxic chemicals water pollution

Popular posts from this blog 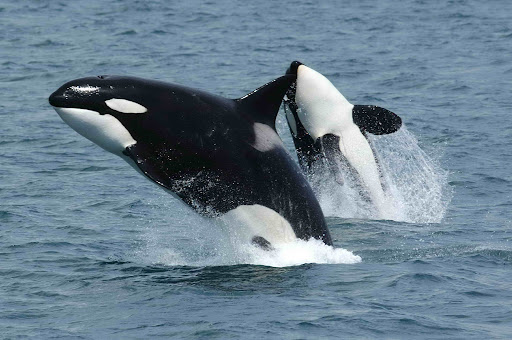 Southern Orcas in steady decline  The west coast of Canada and the US is host to distinct family groups of Orcas, also known as killer whales, one of which is known as the southern pod. The black and white whales are a popular tourist attraction in the Juan de Fuca and Victoria, BC, area. The University of Washington has conducted a multiyear study of the southern pod, trying to determine which deleterious environmental stimuli have the most impact on the group. They looked at boat traffic, toxins in the water and abundance of food. The study continued for seven years, from 2007 to 2014. The conclusion, published this year, named the lack of the Orcas’ preferred food as the number one factor in the decline of this family group. The resident Orcas depend heavily on salmon to maintain their health. The southern population depends on salmon for 95% of its food and the majority of that is the variety known as Chinook Salmon. The researchers looked at returns to both the
Read more

B. McPherson Vancouver Island is surrounded by clean, cold water. The Pacific Ocean cradles the island moderating its climate and providing livelihoods for many in the fishing industry. One of the successful, modern fisheries is raising of scallops in the Georgia Strait in Qualicum Bay. Vancouver Island Scallops have developed a method for farming the delectable little morsels and until the past few years, been very successful at it. The scallops are started in the hatchery and when they have attached to lines are put in nets and placed in the ocean waters. Scallops are filter feeders so they get their food from plankton floating in the cold waters. It usually takes about three years before a scallop is ready for commercial harvesting. Scallops are called bivalves(two shells). The shells are made up of chalky material high in calcium carbonate. You know what a scallop shell looks like if you’ve ever seen the Shell Oil symbol. That’s it. Unfortunately for the scallops
Read more

Abandoned Oil Pipelines What Lurks Below? 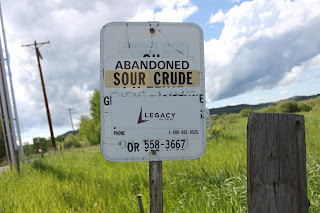 These photos were taken July 2012 in the historic Turner Valley, Alberta B. McPherson Controversy over new oil pipelines is reaching boiling point in many circles. Heated debate is taking place over the proposed Enbridge Northern Gateway and Keystone Pipeline proposals. Safety, disruption to landowners  and more are being weighed against the money to be made transporting and selling petroleum products. It got me thinking about the old pipelines. What happens to a pipeline when it is too old to use or not needed? It’s a bit of an Alice in Wonderland scene. The US laws and regulations are different from ours in Canada. The Pipeline and Gas Journal is a source of information about abandoned pipelines in Texas. Apparently a pipeline in Texas may be abandoned by a company, but it still retains ownership and may choose to reactivate the line at a later date. In the meantime, the right of way or easement is no longer maintained, but the through which the pipe extends is not free
Read more